What has become known as “ponytail-gate” roused two general categories of opinion: the first group considered the incident as one of innocent banter, while the second group viewed it as an serious case of workplace harassment. It stimulated a high level of discussion over what ultimately constitutes workplace bullying or harassment, and how such transgressions can be dealt with.

Last year, WorkSafe, New Zealand’s workplace health and safety regulator, released a new document, titled “Preventing and Responding to Workplace Bullying.” As the first document of its kind in New Zealand, the report offers a clear definition of workplace bullying and advice to employers and employees on responding to these issues. According to WorkSafe, “Workplace bullying is repeated and unreasonable behaviour directed towards a worker or a group of workers that creates a risk to health and safety. Repeated behaviour is persistent and can involve a range of actions over time. Unreasonable behaviour means actions that a reasonable person in the same circumstances would see as unreasonable. It includes victimising, humiliating, intimidating or threatening a person.” WorkSafe is clear that although a single instance cannot be defined as bullying, but that such experiences can escalate quickly and thus should not be ignored.

A separate development related to workplace harmony occurred in April 2015, when Standards New Zealand passed the world’s first standard set of requirements that organizations must meet in order to be recognised as inclusive and safe workplaces for people of diverse sexual orientation and gender identity. Titled “NZS 8200:2015 Rainbow-inclusive workplaces: A standard for gender and sexual diversity in employment,” it also asserts that employees are most productive when they feel free to openly express their respective identities, rather than suppress them. 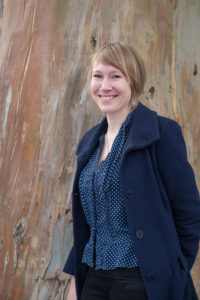